The Banking Royal Commission was supposed to defend the average Aussie, but ended up recommending to hit them with a new fee instead. We hope common sense has prevailed, and consumers won’t be the biggest losers, writes Loan Market Executive Chairman Sam White. 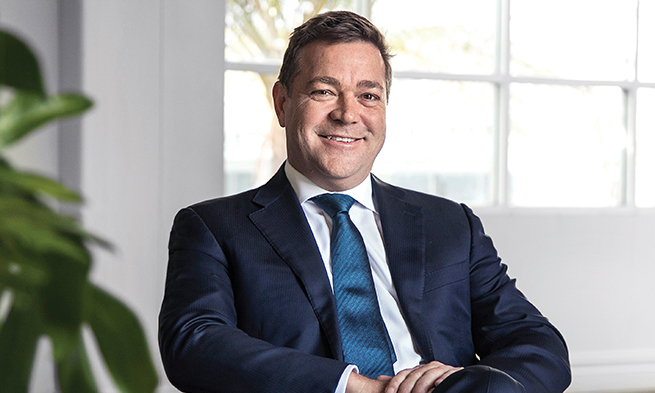 As the executive chairman of a 100 per cent family owned (with no bank ownership) mortgage brokerage, where the customer always comes first, I held high hopes that the Royal Commission would stand up for the rights of Australian customers.

I’m passionate about brokers and the future of our industry of course, but more than that, I care about our customers. Everyday people, striving to make it on the property ladder. With all the talk after the Royal Commission, someone has to stand up for them. Things are looking up for borrowers again, and I want to ensure it continues that way.

I am cautiously optimistic that both sides of parliament have come to the party and recognised the disastrous implications of making customers pay thousands for home loan advice. The banks have received their invitation as well, and I hope they turn up.

At the Royal Commission, some of the Big Banks urged the Commissioner set his sights on mortgage brokers, which are small Australian businesses. Instead of broker fees being paid by lenders, Commissioner Hayne suggested customers pay the fees. The consequences of these recommendations are significant - they would result in a lack of choice, less competition in the home loan space, and thousands of extra dollars that borrowers would have to pay to get a home loan.

In changing the current model to the Hayne recommendations, the only certainty customers would have had, is they would soon pay for something they currently get for free. The result would be customers less likely to use a broker in favour of going to their bank, where fees would not be payable, leaving them little choice, or leverage, to find a better rate. In the December quarter alone, less than half of all Loan Market loans went to the Big Four. Many of the lenders on our panel only deal with customers via brokers.

The alternative would have been to charge a client a fee whether they choose to use a branch or a broker - meaning that customers would pay more regardless of where they went for a loan. How could that be a good thing for customers?

Thankfully common sense seems to have prevailed, and brokers should now be able to stay in the market to keep competition and consumer choice alive.

We welcomed the Liberal Government’s stance to prioritise competition in the Australian banking system and resist the pressure to implement all of Haynes findings.

And on Friday, we heard Labor announce in its response to the Royal Commission Recommendations, that it also backed lender-paid commissions - an industry-wide upfront fee of 1.1 per cent of the home loan. Labor said it recognised ‘that moving to a customer-pays model in mortgage broking poses real risks to competition in the banking sector.’

This means Aussie borrowers can continue to talk to someone who can guide them through what has become a minefield when securing money. And they can still do that without having to pay a fee.

At the moment, our fees are paid by the lender the client chooses. The lender pays part of the commission upfront and the rest in increments (or trail commission). This way of paying brokers - some upfront and some later, was a bank initiative, to avoid paying the whole lot up front and keep their bottom line looking healthy for shareholders.

The new industry-wide upfront fee both Labor and Liberal favours also means that the fees lenders pay brokers will be the same across the lender panel so that there will no perceived bias in a broker recommending one lender over another.

This change is coupled with a new best interest duty that was recommended by the Royal Commission. It’s one that we actually asked for and that the industry broadly supports. We believe it’s that focus on customer outcomes that has resulted in 60 per cent of Australians preferring a broker over a bank.

It remains to be seen how the banks will respond to Labor’s recommendations. At the time of writing, there was no official response from them.

It would be an excellent outcome for the banks to support this bipartisan approach and to prioritise people over profits as we have done for years, and act in the best interests of customers rather than shareholders, ensuring borrowers have access to a variety of home loan options, and that competition remains healthy.